I have a treat for you. No it's not cookies, but that's pretty funny. It's a guest post, and you know what that means: Complete sentences! Proper grammar! A well-defined point about something important! In honor of Mental Health Month.

From Lizzi at Considerings blog.

Have you ever encountered someone with a mental illness? What was your experience of them? Let me take you through a few scenarios I’ve encountered in my life:
Sitting across from the man who was supposed to love me forever, as he explained with deadened eyes that he loved me, but not enough to want to be alive at the end of the day. Hearing that he was only happy when he was with me, and he wasn’t really all that happy then, and it just didn’t balance out how utterly shit the rest of life was.

Flinching at the peculiar atmosphere in the mental hospital, listening to my best friend in all the world laugh, as she recounted how eventually she’d realised her overdose wasn’t going to kill her, and she’d lain in the bathtub for three days waiting for death, and it hadn’t happened (while outside, we who loved her had all been driven frantic with worry).

Trying to keep an accepting face on, whilst a man in that same mental hospital explained that the reason he was alive was because he was too stupid – he hadn’t understood enough about anatomy, and so when he’d cut open his own chest to take out his heart, he’d been stymied because he’d cut open the wrong side, and had been saved, but now was facing discharge from the hospital, and a lonely house to himself, and the thought of that utterly terrified him, to the point where he was planning his next attempt on his own life to get sent back into the hospital, where he could feel safe.

Living with my guard up at every moment, and treading on eggshells, waiting for the next explosion of anger or hatred or undermining; wondering who the next victim would be, and not having enough wits to wonder if this was normal for everyone – then begging for the family to split up, so we could be rid of him, and safe (if he’d already rejected us, and didn’t love us, and saw us as a burden to be dealt with, why stay?)…but never having the confidence to run away, because he would get me back and that would be worse.
A boy and a girl huddled together on a bed, shaking, after their mother screamed and swore at them and told them awful, terrible things, and the girl crying, and the boy, with his bravest face on, telling her that he would look after her and cuddle her and love her…and in the next room, their mother, having slammed out, crumbled to the floor in pieces because she knew she was propagating the cycle of abuse she had suffered as a child.

Hearing sobbing over the phone, as the world of someone I love, crumbled about her ears again, and trying to empathise as she expressed how much she wanted to die, and how she was no good, and everyone would be better off without her, and that nothing she could ever be would be enough, so why bother – why put herself through the agony of living?

Seeing the anguish in a friend’s eyes as he talked of his friend of nearly 40 years, who lost his job and was put into a system by the government which required him to volunteer for normal working hours, whilst still expecting him to somehow find gainful employment, and how this had been too much, and he’d been unable to cope, so had thrown himself from a bridge into the river which runs through the city, and died…and how my friend still sometimes sees his friend’s identical twin in passing, and it sends him crazy with grief because he thinks for just a second that his friend is back…then remembers that he’s never coming back.

In each case, there was isolation, a feeling of aloneness, hopelessness, and not being heard or understood.
The interventions were often inept, or were notable by their complete absence.

And society spins on, focusing on new royal babies, what the Kardashians have been doing with their bums, the repercussions of punching your television producer when you’re the star of the show, and which political party is the most vehemently against which other.

Society trudges against the uphill onslaught of advertising, media, conflicting stories shouting at each other, telling people where to shop, what to eat, how to exercise, when to sleep and why they should keep going and keep going and keep going, and go to bed for your eight hours sleep whilst the needle returns to the start of the song and we wake up and do it all again.

There is little attention paid to those who struggle with this system, and who find the uphill struggle insurmountable. There is precious little funding or intervention or care. There is an abundance of stigma and the preference that a distasteful matter like mental illness please be swept firmly underneath the carpet and we can all carry on without the boat being rocked.

And then their nearest and dearest are left to pick up the pieces and deal with the fall-out, and try to put together what’s left of their loved one.

If there’s anything left.

If there’s anyone left to care.

And it needs to change.

We need mental health issues to be dragged out from under their carpets and placed centre stage in the medical and social care communities.

We need people to feel able to talk about mental health matters or access support services without feeling stigmatised or experiencing prejudice or ridicule.

We need to take the needle off, throw the record out of the window, and CHANGE how we approach this.

We must appeal to their imagination and their sense of empathy, and make them use it, and nurture that use. We must engender compassion. We must create relatable scenarios from which they can extrapolate into real life, if they have no-one in their ken who struggles with these issues.

And one way we can do that is through entertainment – movies like One Flew Over the Cuckoo’s Nest or The Perks of Being a Wallflower; songs like ‘Don’t let me get me’ (Pink) or ‘Marry the night’ (Lady Gaga); books like Girl, Interrupted (Susannah Kaysen) or Dear Stephanie (Mandi Castle)

I work best with books – I immerse in them, and both those I’ve listed took me to entirely different worlds and made me care. Girl, Interrupted has been around for ages, and there’s a movie version too, which is brilliant. Dear Stephanie is brand new (going to be released on May 11th) and I’m excited, because new and interesting is easier to get people talking about.

It follows the story of Paige Preston; an intelligent, fabulously rich beauty, whose only objective in life is her own pleasure, and manipulating others to get it, whilst trying to battle her inner demons and resist another attempt on her own life. It’s sexy, it’s gritty, and it WILL get people talking.

Let them talk;
And then let them CHANGE. 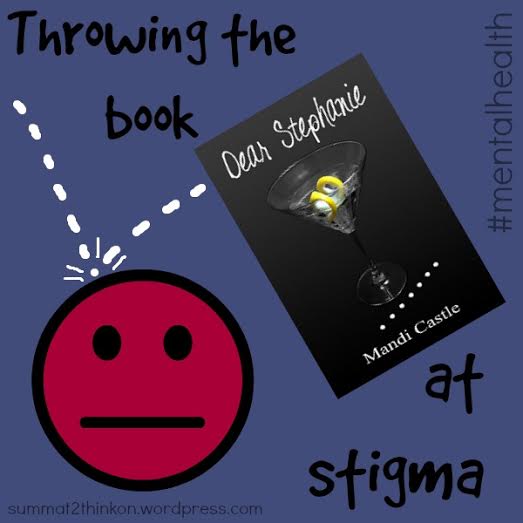 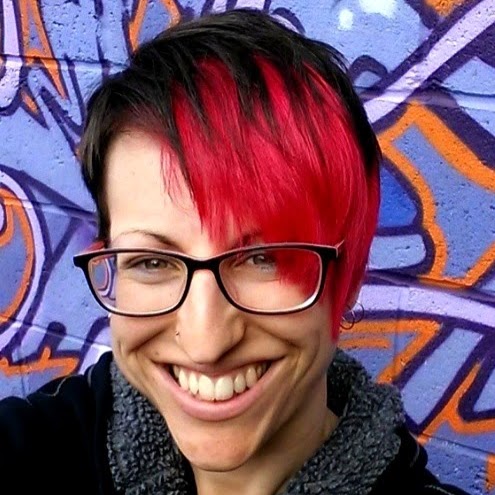 Lizzi is a Deep Thinker, Truth-Teller and seeker of Good Things. She’s also silly, irreverent and tries to write as beautifully as possible.  She sends glitterbombs and gathers people around her - building community wherever she can.

Lizzi is a founder member of Sisterwives and #1000Speak, and hosts the Ten Things of Thankful bloghop each weekend.

Email ThisBlogThis!Share to TwitterShare to FacebookShare to Pinterest
Labels: #MentalHealthMonth