Ever Wonder About The Lannister Family Holiday Greetings?

*Don't worry, NO spoilers from the books for HBO fans! I tried hard not to spoil anything.*

If you read and/or watch "A Game of Thrones" you know that in King's Landing, the Lannister/Baratheon family is currently in power. Like a lot of leaders whose priorities are self-centered, I imagine they spend an obscene amount of money on holiday greetings, doubling as PR for themselves.

I mean, can you imagine the Lannister swag? With all that GOLD?!

They could send out the BEST holiday gifts to everyone in the kingdom!

I don't know why they would, since Monty Python taught us long ago that you "don't vote for a king" but it would still be pretty boss.

Since I unfortunately don't reside in the seven kingdoms, I did a little research. Somehow I got in touch with a former castle-keeper at King's Landing!

She was very recently fired by Queen-Regent Cersei for looking pretty one day, and she was thrilled to share some Lannister family paintings, holiday moments from the past AND a very interesting note she received from the QRC, regarding the latest annual Baratheon/Lannister holiday greeting to all of King's Landing.
She told me they have previously sent their greetings to ALL the 7 kingdoms, but with all of them at war now, that probably won't "fly" this year.
Get it, fly?

(Messages are mostly sent by raven in fictional medieval times.)

Anyhoo, she shared a lot of these interesting pictures, some were considered for holiday greetings, and some are just pictures of good, clean Lannister family fun that she found around the castle.

Here is a warm, loving shot of Tywin, loving father that he is.


Obviously this picture was taken after Tyrion was born (since he never smiled again after that.)

I don't know where Cersei and Daddy went on THIS vacation, but they look SO MUCH more relaxed!
They look like totally different people!

This scene is a little more what they normally look like.

I imagine the hardest part of these group photos was getting them all in the same room.

Ah, families at the holidays, amiright?

It looks like various painters from around the realm tried to capture their family magic in some different types of family paintings.
Mmmm, this next one is a little too cutesy. Tommen though!
This looks like a card they received from the North. Is that Santa Ned in a direwolf-drawn sleigh? Adorable.
Here is a card they must have gone with in the past.

Seems weird, mayhaps Tyrion sent out his own cards?

I can see that.

According to things overheard by this woman and Morrec (traveling companion of Tyrion's,) trying to get everyone to decide on the same THEME was a big fight every year. Tywin and Cersea have their minds on one thing and one thing only. 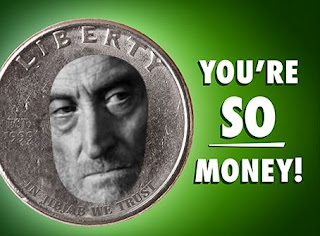 The others did not go for this theme, but Tywin had new money printed up with his updated picture, so it wasn't a waste of time, and it gave Cersea an idea of how to do her nails for the next family funeral. 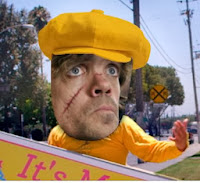 You probably know what kind of tom foolery Tywin wants to put poor Tyrion through with these pictures.

This was the only one I could bring myself to show. Fortunately, his ideas were shot down fast. So to speak.

I doubt very much this photo of Jamie was ever intended to be sent out to the seven, to the chagrin of every woman everywhere, and Remly and probably quite a lot of gents, who would love to see Sir Jamie in his gold Lannister small clothes.

Sorry ladies, this is being sent via raven to other realms with families. Mayhaps I can make a calendar after the holidays?
Not sure if this was a past family card, or a rejected theme.
Another year they went post-modern, meaning post-medieval times. 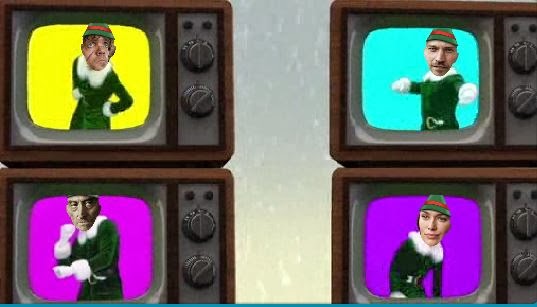 I thought this next picture was cute, Jamie playing a holiday song. I'm sure Cersei was moved, but apparently Joff wanted no part of it and started "Off with her head!" ing, so....... The guys wouldn't even let him finish.

They clearly wanted their greetings to be jolly, and to send some happy Lannister elves for cheer.

Dance, dance, ants in the pants! 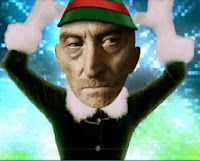 Makes you want to just boogie.

An instant classic. One for ye old mantel!

They even made a lovely dance video while in costume. The holidays really bring out the best in all of us.
Here's hoping your holiday is as happy as the Lannister family dancing elves!

She said they still hadn't decided on any holiday greeting for this year as of the day she was fired, but she did receive this very strange letter from Cersei:

"Someone needs to work on a message for King's Landing. Even with everything that is happening here, the people must not forget who is in charge!

Jamie normally handles this, but neither he nor my father have responded to any of my requests on this subject. More than ever, do not accept anything, regarding anything, from Tyrion or Joffrey's....wife.

Never send anything from that...woman without my approval first.

We won't be sending any paintings this year, just the family crest and a greeting. 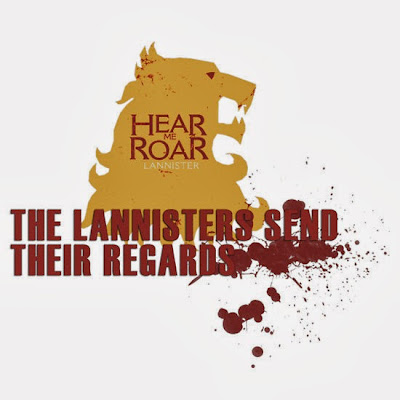 None of us can wait to see what that kooky family has brewing for us in 2014!


This is an old one, I just really love this picture.