October is my favorite time for story telling. I enjoy the bounteous benefits Fall has on fables during the season of the witch. Something about the anticipation of the Day of the Dead, puts an especially sensational scary spin on spinning yarns.

When we don’t take the happy ending element for granted, but instead sit at the edge of our tree stump and wonder just what will happen.
Will the hero prevail?
Will there be a happy ending?
Will some mysterious other-wordly force keep the princess from riding into the sunset?
When will the evil undead monster appear out of nowhere and donk up this boring love story already?! 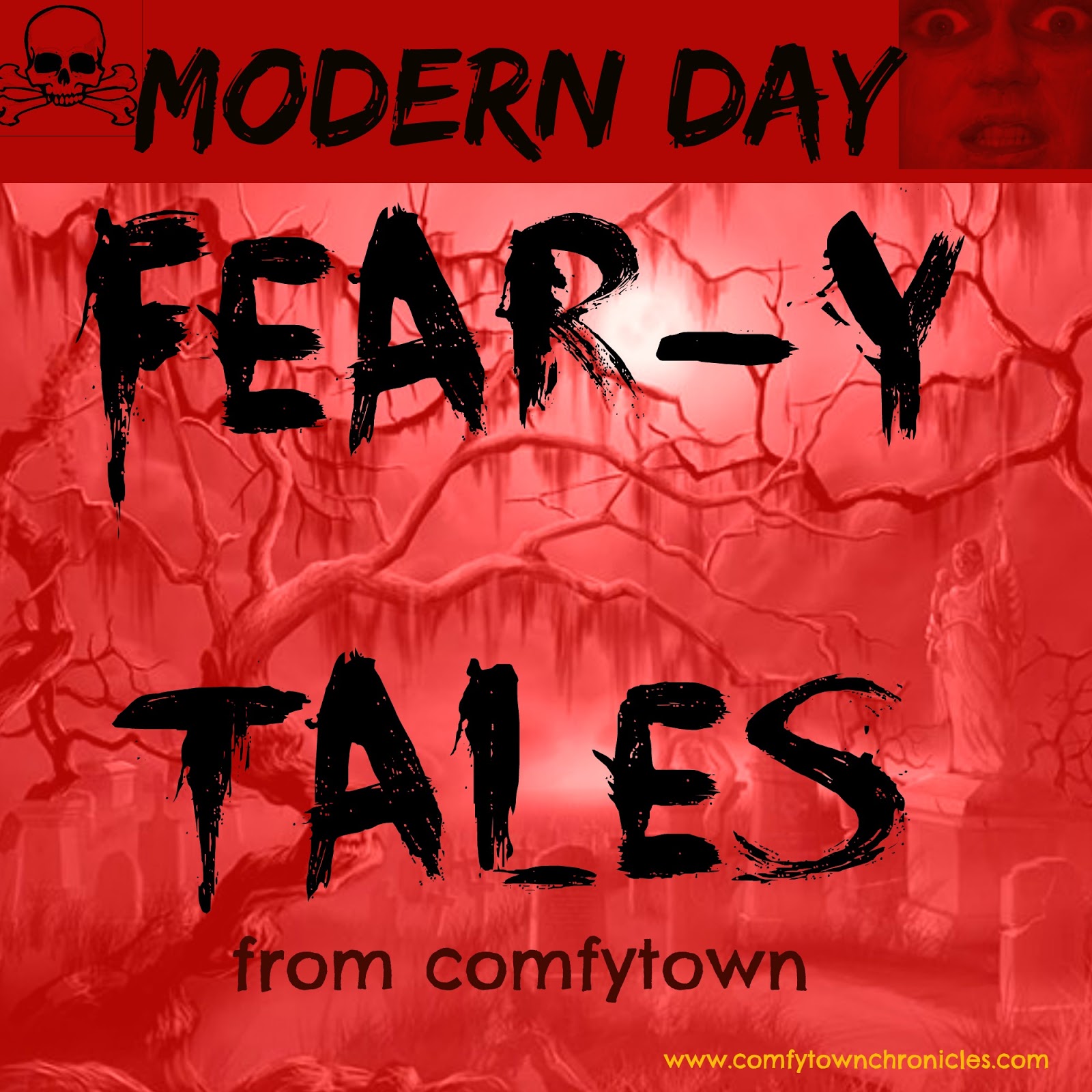 More than princess-flavored fairy tales, the famous fables of such literary geniuses as the Brothers Grimm were always favorites of mine. So many writers have put their own spin on the classic tales. I feel they would be flattered by yet another homage.
Plus even they can’t sue me from their graves, or can they? *cue terrifying music*
Even if someone claims to own the rights to these ancient tales, the odds are ever in my favor that those people won’t come across this blog.

Hansel & Gretel
A very different fairy tale in 2014. The woodcutter and his wife don’t actually have to set their children out into the woods, unable to feed them. Thanks to the advances in increasingly scary food additives, originating from people complaining to the government just how expensive it had become to feed their families, boxed and prepackaged food can be purchased at very low prices. They last and last forever thanks to the powers of the added space-aged polymers.
The family stay together and daily enjoy low-priced meals of Ramen Soup, boxed macaroni and cheese, and even ‘real fruit’ juice, made affordable by adding High Fructose Corn Syrup. They never do get trapped by a witch in a candy house! Thanks to the chemicals in their food, it becomes far too painful for them to walk more than 20 feet from the safety of their house.

They live long-ish, happy lives with their parents thanks to their surgically-implanted diabetes pumps regulating their glucose, after their internal organs become unable.

If you listen carefully, when you eat a candy bar with nougat you can still hear the
*squish*
*squiish*
*squiiish*
echoing the sounds of their soft-shoed footsteps, waddling through the house to mount their rascal scooters in the garage. Which they ride to the end of the driveway to catch the bus to Wal-Mart.

Rapunzel
The beautiful Rapunzel in her high tower, never let any princes up to see her on a ladder made of her own hair because she has an empowering, stylish pixie hair cut. That no one ever sees. Because: Locked in a tower.
However, her tower did have internet access which she used to educate herself about everything from engineering to Magical Curses Law, which no one told her she couldn’t learn because she was all by herself in the tower. She learns to build herself an ACTUAL ladder, and climbs down.

She finds a good doctor to prescribe her something for social anxiety. Then Rapunzel runs a background check to locate the enchantress who originally sentenced her to the tower, ILLEGALLY, because of something her mother did before she was ever born, and brings litigation against her ending her reign of magically tyranny. She lives happily ever after, all by herself, because she knows first hand you don’t need a prince to be happy. You only need the internet.


Snow White & The Seven Dwarfs
The story is similar, charming tale that it is, except in 2014 the Wicked Witch poisons Dopey instead of Snow White. Dopey was the only one who was home in the cottage, after being talked into the home care-taker role while Snow White worked in the diamond mine, earning just $.78 for every dollar the male dwarves are paid. Minus the cost of her more expensive work garb, which is priced higher for some reason because it’s for females.
All goes well, until she hits the diamond mine glass ceiling. Then Snow White is forced to train a much younger, much more stupid recent college graduate who can do 40% of the same job she does, at just 20% of the pay. But the owners of the diamond mine “really appreciate everything she’s done for the company over the years.”

They live happily ever after. By 'they' I mean the owners of the diamond mine. As rich white men always do.

Disney's Frozen
I think this one would be almost exactly the same in 2014. Women are unfortunately often forced to "conceal don't feel, don't let it show" when they're struggling with something painful. They hide it as long as they can until they have to Let It Go, and explode causing an eternal winter, while singing a catchy, annoying pop song.

I wish I had time to ponder more modern day fairy tales, but alas I must return to my fairytale dwarves in my own Comfily Ever After castle.

I hope you enjoyed my spin on these tales, and didn't find them 'too bitchy' as my Prince Charming did.
Posted by Unknown at 6:22 AM