In Which I Ruin A Perfectly Nice Award/Best Of FB

Some other bloggers were nice (naïve) enough to nominate me for an award. (Even though I'm an IDIOT and put the wrong picture here the 1st time.) 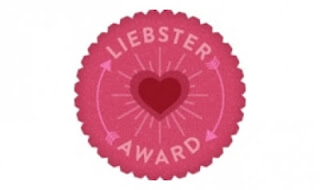 This makes me giddy as a school girl, which is appropriate because this award is the school equivalent of passing a note in study hall that says:

“Do you think Steve is hot? Check YES or NO”

I was in a great mood when I started it, but was quickly distracted by my life. Hrrrmphf. When I came back I was apparently crabby, or sober or something. So……sorry about that people who nominated me. You never know which of the voices in my head are driving the crazy bus.

11 Random Facts
1: I come from a big, perfectly normal family of hybrid alien-humans. We’re made of at least 50% molten awesome and lack the ability to develop compromising social skills. We hate each other and love each other and fear each other and inspire each other. My sisters are beautiful princess ladies who can bake a cake, make killer homemade pot pie or soup, drink like pirates and still? Kick your ass.

2: I’m a tomboy, I honor rolled at computer school (A+ and MCSE) and have debated Star Trek’s TOS (The Original Series) vs. NG (Next Generation) and Kirk vs. Picard. I love SciFi and Fantasy and if I refer to myself as a geek, and you give me that fucking bullshit about just being a whore with thick glasses, I will punch you in the esophagus. Not that you’re wrong about it, but some people without penises do actually like that shit so shut the fuck up already.

3: I find it goddamn hysterical when people bitch about social media ON SOCIAL MEDIA. Hey genius, if you’re going to tell people NOT to JUDGE YOU, wouldn’t it just be easier to, oh I don’t know, NOT put your every move all over the damn internet?? You obviously WANT people to know what you do, or you wouldn’t be SHARING IT. When you share your shit with people, you don’t always get Sally Sunshine, because that’s how humans are. Sometimes they’re nice and a lot of times they’re shitty. You’re not perfect, why would anyone else be?

If you want to be around people that are just nice all the time, volunteer with special needs children. They kick ass and they will not judge you for being a horrible person.  EVERYONE ELSE? Will. Some just don’t bother to say it b/c they don’t want to argue with an idiot.

Oookkaaaaaay, so this here flawed human is obviously crabby, I think I’ll just let my past Facebook Page  statuses take over w/the random from here.

I bought sub-lingual vitamins, which has nothing to do with what language the makers or takers speak, you put them UNDER your TONGUE and let them dissolve.

When I take them I pretend they're illegal Underdog Super Energy Pills. Some people fantasize about hunky dudes or scantily-clad women, I daydream about semi-legal energy sources. They did not help me shoveling the ice on my driveway this morning.
If it doesn't snow where you live, or you're not famously lazy, if you happen to DRIVE over the wet snow in your driveway, it forms a weapons-grade ice that marries the cement. I'm not talking celebrity or first-marriage, I'm talking GRANDPARENT marriage, they-can-never-tear-us-apart type shit.
Even the METAL edge on the end of shovels, invented for people like us, cannot tear that marriage apart.

From 3/7/2013 at 7am
Crap salad!! I dropped my powder on the toilet and it cracked all over. Luckily it's relatively clean so you bet yer sweet hams I salvaged the big pieces and will use them. Resulting in the count calling me "Toilet Face" and asking me if I want to use the toilet brush to apply my broken powder. Because we have the romantic driveway love. (from my earlier post about driveway ice marriage.)

From 2/26/2013
Someday all of my kids are going to quietly eat the dinner I prepare without fussing or fighting or whining. And then I'm going to keel over and have a cardiac episode. And then they'll be SORRY.
Actually, while I'm in the hospital finally reading and sleeping, their Dad will make them grilled cheese and chicken nuggets and they will be the happiest children in the world.
Excuse me, I need to go eat a stick of butter and a pound of bacon. Never give up on your dreams, people.

From 2/25/2013
Sometimes love means being your man's Fluffer.
Of course, if you're the one who left his work clothes in the dryer overnight, it's probably the least you can do.

From 2/24/2013
TOPPING my current list of Words I Never Thought I Would Say:
I am following the Dalai Lama ON TWITTER.

From 2/23/2013
To the ladies walking ever so sloooowly in the parking lot smack in the MIDDLE of the road, I get it I do. How else would you get soooo many people to see the word "Pink" on the ass of your sweats.
If you're trying to present for baboon mating you're doing it wrong. They like RED asses. And they can't read. And they're not driving in this fucking parking lot.

2/2013
Count is reading "Goodnight Moon" to Lola before nap. It sounds so different over the baby monitor.
Thats probably because when I'm in the room I make him read it as Christopher Walken.

2/2013
3 yr old is either having a balls-out tantrum, or she is channeling a foreign-speaking demon. That makes sense if you think about, I mean if your spirit were unencumbered by a human body, why would you just limit yourself to countries that speak your native tongue?
Having all that time, you think you'd want to learn new cultures and languages. I wonder what they're learning here......
<<Demon Report to HQ: Americans are unorganized slobs that cry. A lot. Next assignment please!>>

What, now FOOD can get married but two WOMEN cannot? Fuck you, America.

I don’t mess with teepees. Haven’t Native Americans been through enough?

Yesterday b/c my teenager was home from school. I had to take my van in to get the CD player fixed, so my husband was suspicious that there was a hot mechanic(s) at the dealer. Yeah, I totally have energy for that shit.
Before that, it was a long fucking time.

4.  What is one thing you absolutely cannot leave your house without?

My babies. I’m pretty sure I read it’s like a law or at least a bad idea to leave them home alone or something.

Fuck. Why mess around. And my toddler’s “Oh my shit.” I don’t give a fuck if you judge me. Or else I wouldn’t put all my personal shit on the internet. Have at it.

Fuck em both. With something sharp and jaggety.

7.  What is your favorite type of salad dressing?

8.  What bloggers do you make sure to read every day?

I don’t make sure I do anything every day. I like sooo many, there's a "blogs I follow section" when you're done w/this masterpiece check that out.

I heart “bitches gotta eat” if she wrote something every day, I’d probably read it every day.

I also can never get enough of "A Beer For The Shower" maybe it's the pictures, I am a simpleton, but probably it's the funny.

Can I move to music like I’m made of rigid metal and not even human? Yeah I can do that. Like a metal ass boss.

10.  If you were shopping to prepare for a big snow storm, what are your must-haves?

Now:
http://crapnoonetellsyou.blogspot.com
http://raisingwildthings.com/
http://wildwonderfulgingerssnaps.blogspot.com
www.thenonmarthamomma.com
http://eviljoyspeaks.wordpress.com
I will tag the remaining ones as soon as my broken Swiss cheese brain can remember them. Wait, who hated Swiss cheese again??
Posted by Unknown at 9:14 AM