I thought for half a tick about Wordless Wednesday and just posting pictures, but if you’re new here I am only Wordless in Bizarro World. I don't know of a day of the week designated for Word Diarrhea.

For as long as I can remember, I have always had an older man “thing,” let’s just call it. I think this is innocent enough, as I have only ever assaulted ONE elderly gentlemen in a grocery store, but I was drunk and my husband was encouraging me. Not a good combo.

I don’t have a male or female type, I like people for the way they make me feel. I don't find, say, muscular men to be tantalizing, simply because a few that I happened to date were totally compensating. I’m not saying they ALL are, *cough* totaldingus *cough cough* tinymanparts *cough* Is it dry in here? I am just going by my own experience.

Give me someone I can talk to, learn from, someone who makes me feel things. Other than annoyed.
For me, a lot of older men just have IT.

What it is? Is hard to pin down. Different things about different people make my lady parts swell. When I was young I called it “Old man crush” but now that I am getting long in the tooth, these Dapper Dans don’t seem “old” anymore, they’re just older than I.

Maybe it’s because I have never had a Grandfather, or mayhap it’s my love of old television, or maybe it’s the bits of my former lives peeking through. I seriously get a weird wide-on for OLD jazz, even Dixieland, and fashion from the 1920’s through the 40’s.

Especially the facial hair, my husband made this poor man? Take a picture with me in New Orleans.

Count Comfula told this dude out of the blue:
"My wife finds you arousing.”

William Frawley (no I did not have to Google that) had to be one of my first older man crushes, from “I Love Lucy,” one of the greatest television shows of all time.

I fell in hard candy, earlybird dinner love with Fred Mertz, the cantankerous landlord. He was quick with an off-the-cob joke, always carrying on like he & Ethel were in the ketchup, notoriously cheap, (so THAAAT’s where I get it from) and wore nipple-high wool pants like this:
Kiss me, you fool. The berries, right? You shred it, Wheat. Wouldn’t ya love to shake a leg in a breezer* and grab some giggle water with this dash-fire? You don't have to be a bob tail to admit you'd let him swing in the fruitful vine. Fred was the first of many.

If you’re under 50 you probably don’t even know who a lot of these gents are, but here they are in no apparent order.

Cab Calloway. Not only visually edible, the man’s music was like nothing I had ever heard. Jesus H. Tap-dancin’ Christ, look at this picture, could you DIE??
Ed Asner. Come ON. Watching Mary Tyler Moore as a kid, I thought he was the bee’s frickin knees. He acted like a big, tough guy grumbling and yelling at everyone to “Get back to work!” Then anytime Mary asked for his help, or God forbid she CRIED, he became the world’s biggest teddy bear.

I wanted him to be MY boss, and chase me around a desk giving me a she-rection.

The man is se-HEE-riously hunky in a real man way. He is still hilarious and when he was on Chelsea Lately? HUGE flirt. 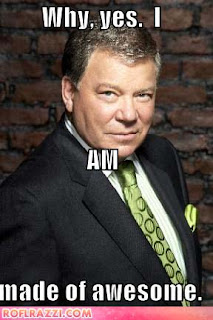 Let’s not even mess. Besides being obvious panty-dropping Man Meat since Star Trek’s TOS, I really fell in platelet-moving love hearing him interviewed on the Howard Stern show.

He never even flinched, not when they named him “Jill” and took him down to (quoting) “the Homo Room” and violated him ON AIR.

There are at least 3 of these episodes available on YouTube, and they are still pretty damn funny.

The man does not take himself too seriously, and is hysterical without trying to be funny.

Patrick Stewart. Oh my, George Takei. Oh Captain, my Captain. Set phasers to all my lady parts: Engorge! This is one of the only men all of my sisters and my mother agree is smokin' freaking HOT. In an episode or two of Star Trek TNG, he speaks French. Resistance. Is. Futile.

It's not JUST a Star Trek thing, did you see him in Moby Dick? Insert your own penetration innuendo here. In-YOUR-end-o.

Richard Dawson. I’m Chico, this was THE MAN.

Not only drop-deeed seeexy, if you have ever watched old episodes of The Match Game, circa mid-70s, and seen this flirtbag get his swerve on? You know.

Randy talk, 70s clothes with a DEEP V, man jewelry and groovy sunglasses? On the scene, serious Sex Machine. I wanted to be on Family Feud with my weird family just to slip him the tongue. And I was probably not even 9 years old when he was the host. If you’re a woman and old Family Feud comes on the Game Show Network? Prep for vagboner.

Dick Van Dyke. Adorable both young AND old, but he really gave me fembone on the greatest show ever, “The Dick Van Dyke Show.” Moreso after learning that he did all that physical comedy while totally on a toot (drunk as a skunk.) SWOON. I may or may not have serious issues.
….and while we’re talking about that, Willis, Morey Amsterdam, “Buddy” from that same show? He was a cutey patootey AND slinger of phrases like “Where ya been? We been singin’ Bill Bailey so long, he finally went HOME.” I would have given anything to serve ole Sally a slugburger and take her gig as comedy writer with those two alligators. Murder! ('Wow' in old timey speak.)
George Burns – Duh. H'adorable.

Ian Mcklelan Gandalf from The Hobbit.

He was on Kelly & Michael, and he said they told him to “feel free to Tweet that he was there” so he opened the window and said “Tweet!” but nothing happened.

These here next chaps aren’t OLD men per se, but I was a mere child when I fell in love.

Rip Torn. Foxie moxie. Seriously, yucks aside, up until I fell in love with my current husband I would have married Rip Torn OVER THE PHONE, even if he was on Death Row, if I had the chance.

And if he was crazy enough to ask me. Because even though I am not old-fashioned and it's not nineteen dickety-six, the girl can ask the man, vote, bring home the bacon, fry it up in a pan, he looks like HE is, so I’m guessing I would probably wait until he? Asked me. Too late now, Mac, bank’s closed.

Yeah, these fantasies can be pretty elaborate if you entertain them. Watch the movie "Defending Your Life" and get back to me. Maybe it’s his likeness to Jack Nicholson. Speaking of….

God help me. Have you seen “One Flew Over the Cuckoo’s Nest” or “Witches of Eastwick.” Knickers twisted. This man drove me insane. I had to be institutionalized for awhile. I finally figured out those coffee-stain tests though, and got to the point where I was allowed to voluntarily check myself out and in. Then I moved a bunch of times and changed my name twice. Now I'm magically good like canned ham, CURED.

Mario Batali. Yeah I know he looks like the comic store guy from the Simpsons, remember the first part? About the way people make me feel? This is one charming-ass mother effer.  Especially when he rattles shit off like: “This wine is murky, sweet, and as rich as the dreams of the Portuguese men who squeezed these grapes.” This kind of shit gives real women the cliffy*. I don’t think he’s much older than I, but something about his spirit and perpetual GOOD MOOD, combined with the bringing of the bacon and frying it up in a cast-iron pan, his regional Italian knowledge and occasionally speaking Italian in a sexy sing-song voice? Makes me want to live in his kitchen. In a platonic way. Unless platonic is a deal-breaker.

I mean, as my fave blogger says bitches gotta eat.

I feel like I’m forgetting some, but if you’re a dame you’re probably a little dizzy by now. If not, what’s your story, morning glory?

Tell me June who makes you swoon, in your pantaloons?

I KNEW I forgot some. One gent I definitely forgot was Jeremy Irons. Hey, you get it or you don't. He is sexy in some of his movies. The voice, the bad guys roles, and I have always had a thing for longer hair:
In case you don't love long hair on guys, for whatever stoopid reason:
Right?!
Posted by Unknown at 6:12 AM