I freaking love cartoons, always have, probably always will. I love that anything is possible, especially pure, delicious nonsense. Though I try to bring it everywhere I go, there is just not enough nonsense in my adult life, thanks anyway.
After my husband read an article about the fight-or-flight reaction that happens in a kids’ brain watching cartoons that change screen image more often than every 4 seconds, my kids don’t watch Spongebob at home anymore.

They don't watch Loony Toons either (yet,) they watch lame educational-ey (and no, grammar hasn’t come up yet,) cartoons, but they have their own nonsense.

Their newest obsession is Mickey Mouse Clubhouse. The baby ROCKS out with her socks out when the theme song starts, she literally flails her arms and runs in circles, and the other day she was so excited she started throttling a stuffed cat at my sister’s. (I may have to upload that to my YouTube channel.) We’re choosing to find that adorable for now. And hold off on any live pets for as long as we can.

I’m fairly certain Disney's writers know exactly what they were doing writing the Road Rally episode, in which the characters have to find the “triangle bush.”

They say "triangle bush" about a hundred times.

They SING a song about pushing a button on the triangle bush for a “special surprise” -- their words.

I'm sure you know about the many dirty Easter Eggs reportedly hidden in Disney movies, the priest boners and whatnot. If you haven't, or you just want to laugh about them again, I will put a link at the end.

I’m not the only one amused by this apparently, trying to find a picture of the actual Mickey triangle bush I found a video from The Soup, and probably also put myself in a special NSA file:

The cartoon puts the characters into some crazy situations they have to get out of with their “Mouse-ke-tools.” In one episode, somehow Mickey and Pluto float away in giant bubbles, atmosphere, gravity and logic be damned, all the way up to space and are afraid the bubbles will be popped by stars. By STARS. 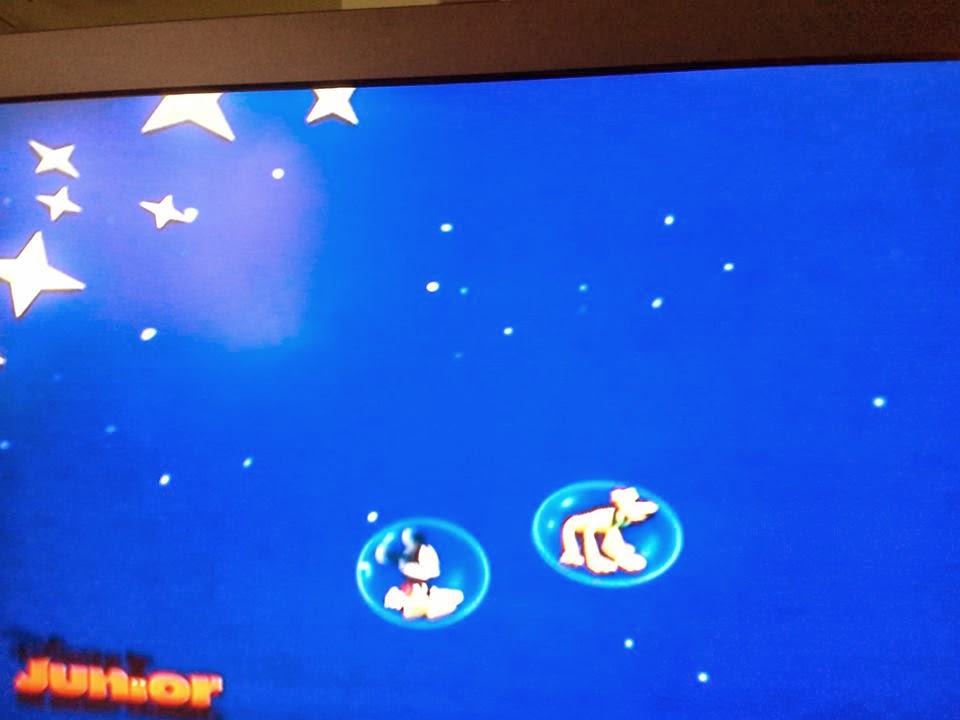 Closer back to Earth, they get “stuck” on clouds, and cannot pass through CLOUDS, so to fix this situation a talking Duck floats up in a handy-dandy hot air balloon.

Hell no, *rolls eyes dramatically* don't be so 3-dimensional in your fixes to situations. Donald goes all the way up to the clouds in a basket of wicker, propelled by fire, to weigh down their bubbles and push them down through the clouds. Natch.

What does he use to weigh down the bubbles? Rubber duckies. 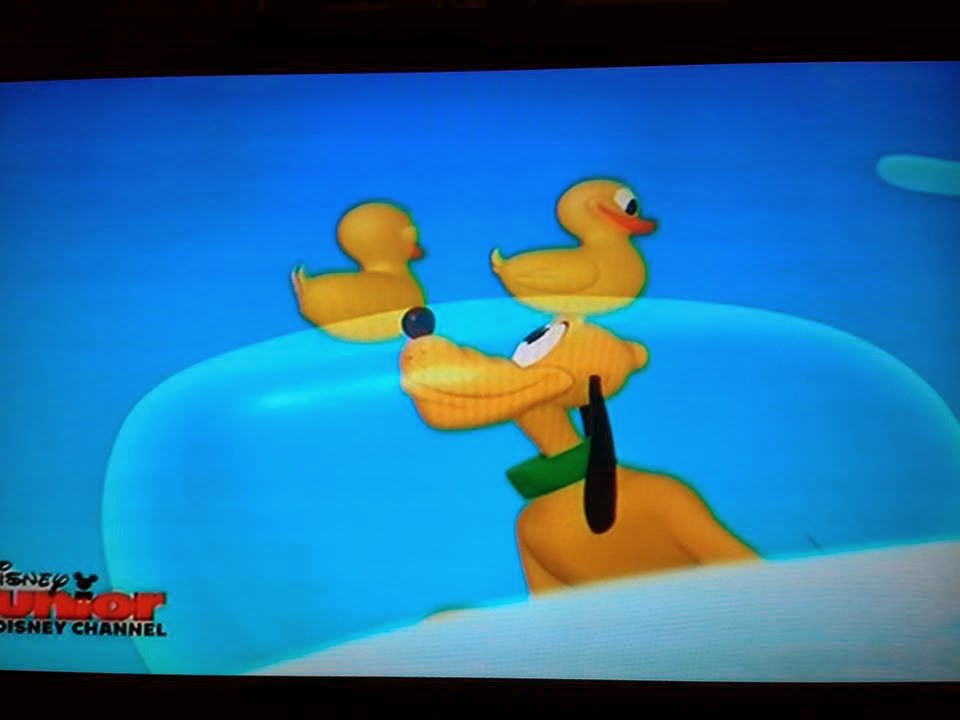 So in this scenario, the mouse and DOG were not heavy enough, but a couple of rubber ducks, of FLOATING IN WATER fame, push them right down through. Phew!

Now try explaining this shit to a curious almost-4 year old without sounding like an idiot. In fact, if you can do that, leave your phone number in the comments, she has so many other questions for you.

This show’s catchy, repetitive songs have talked my kids into, and out of several sticky situations. One of my favorite is:
“You gotta try new foods cuz they might taste go-od”
which are exactly and entirely the words to the song. Believe it or not, this song has WORKED on both the older and younger (2YO) to get them to try, and usually eat, several foods and even vegetables. I don’t care how annoying the songs are, they work. This show is solid gold.

We recently watched an episode about delivering the mail. They visit the Post Office, and besides having NO line at the post office, despite only ONE worker, they sing a song about what could be INSIDE the packages. So of course, the packages just magically come open.

Lookey here, someone is mailing socks for a reason I can’t possibly imagine. 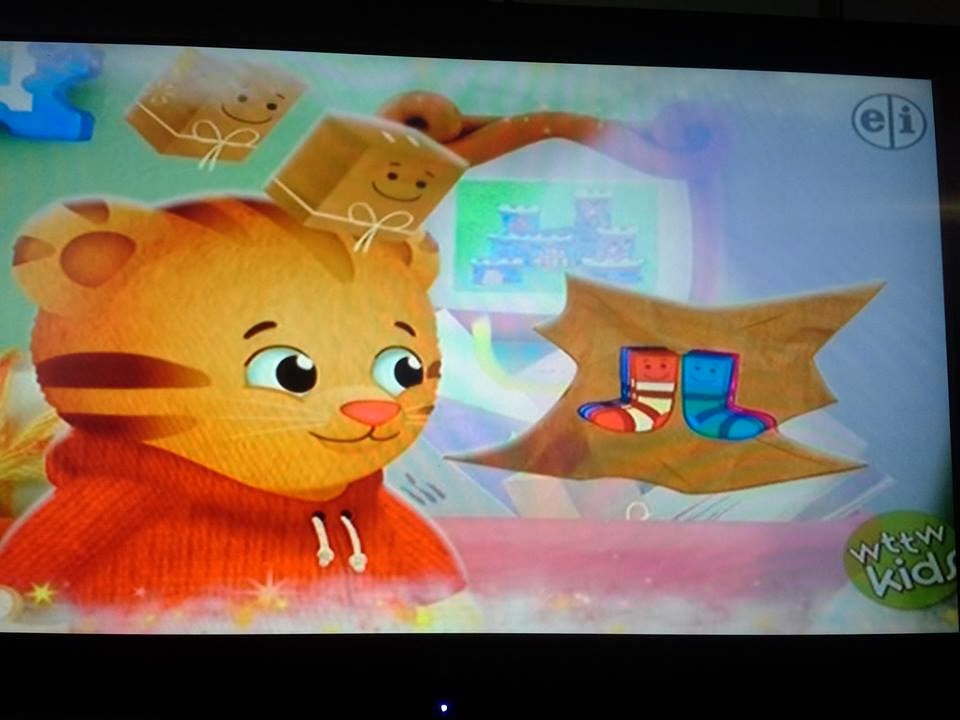 That seems like an awesome thing to teach kids. Look, this package has a TEDDY BEAR! 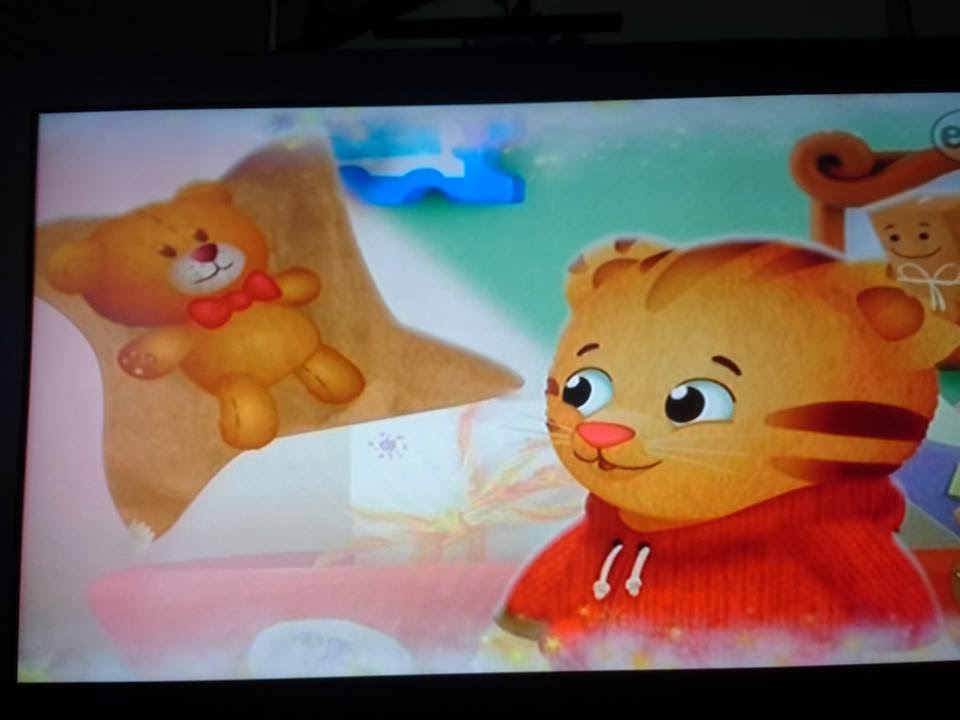 Yay, great things come in the mail kids, so be sure to open all of your parents packages and check for toys!

Here the mailman/person/carrier, whatever the PC term is now, lets Daniel open other people’s mailboxes and put letters inside, mayhaps federal US laws don’t reach to Tiger Beach? 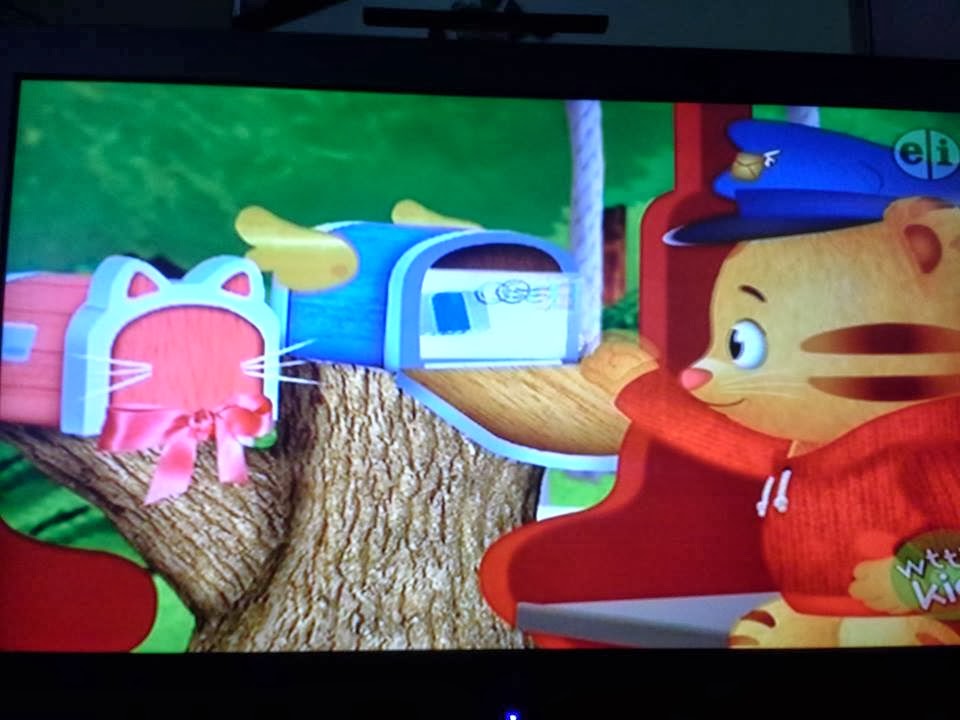 This seems like a good opportunity to teach your children about tampering with people’s mail.

Like I said, these are pretty tame. Lola is almost 4, so I assume she's old enough to watch Adventure Time with me when the baby takes her nap. If you haven't seen it, get familiar. I could (and probably will) do a whole separate post just on Adventure Time. One of the main characters is a shape-shifting, talking dog and his girlfriend Lady Rainicorn, is a unicorn made of rainbows. Delicious.

That is one of the best cartoons anywhere around right now, but I can’t wait for the day when I have to explain about anvils, and drawing a bridge on the side of a mountain to trick a roadrunner. *Meep meep*
As promised, here are 17 dirty Disney Easter Eggs hidden in movies. Now if you'll excuse me, I need to go apply for a job with Disney. Again. Perverts NEED to have good insurance.