So much going on, trying to do all the things in the 2 minutes of free time here and there. Like this post. I should have started it days ago, and now it might be finished. Buuut I didn't because I have been obsessed with my new obsession, which will kick off this week's TToT.

Bubblews. It's a sight for bloggers, that has TONS of other writers, looking to connect. I already know some of the great writers there, so I'm getting some comments and reading some great writers.

My babbling brain. For whatever reason, I can go on and on and ON (you're thinking, 'No sh|t) so this Bubblews thing might good for getting rid of some of many word babies my brain is pregnant with.

Lizzi of Considerings blog, haaaave you met Lizzi? You should. Click on Considerings to link up and meet an awesome writer. I'm thankful she inspires me, for putting my lazy hands to keyboard, for video calling me and putting me in visual and audio contact with other bloggers and their dog. That was a new one for me. Very interesting.

She inspired me to start a post about people's tattoos, their meaning and reasoning behind them, and any advice they might have. If YOU want to be a part of this post, in any capacity pretty much, email me your story, any picture(s) you want included alone with the link to your blog and/or any social media channels. Email: comfytown@gmail.com My goal is to post it before next Christmas *here's hoping!*

Superbowl. Even though I couldn't give a frog's fat one about the 2 teams, coming from states where pot is legal, making it the smoke-a-bowl. My prediction for the game:
A huge spike in Doritos commercials. Even though I don't partake, based what I know about pot and people I've known who do, these are my people. My people are also day drinkers, so thanks NFL for giving us another reason.

Urban legends, such as the constant yearly barrage of stories about Hookers flocking to whatever city the superbowl is in.
A clip from an article on Reason.com:
"...one of the stranger (yet more persistent) myths of our time: the idea that some Lost Tribe of Gypsy Harlots, tens of thousands strong, wanders about the world from mega-event to mega-event, unimpeded by the usual logistics of transport and lodging which should make the migration of such a large group a daunting task indeed."
Click on that link to read about the Mythical Invasion of Superbowl Hookers. After you read the rest of this here gem, that is.

Groundhog Day. Not the movie, but that is a good movie. You should watch it over and over and over and over to celebrate today. I'm taking about the holiday. Sure it's just another Hallmark holiday to sell weather-related greeting cards, but it also gives a good reason to eat groundhog. Celebrate the moments, guys.

Thankful that I'm not the only person to joke about eating groundhogs.

Someone else made this picture, without my prompting them.

This guy:
A man in Shanghai scammed China Eastern Airlines out of a free breakfast EVERY DAY FOR A YEAR. He bought a 1st class ticket, went to the airport to flash his ticket, got his free breakfast, then changed his flight to the next day, every day for over 300 days. Then when they found out, he cancelled his flight for a FULL REFUND. This man not only inspires cheap people, he just solved world hunger.

I want to add something nice here, but I think we all know it's just not going to happen, so....I'm thankful for EACH ONE OF YOU reading this, and that is probably more than 10. Hopefully.

Yay, I did it again.

I don't know how I do it. Seriously.

Happy Groundhog-Super-Smoke-a-Bowl Sunday. I'm hoping some pothead will be live tweeting during the game, should be a lot of laughs.

I just realized we don't have beer, so I have to bail. 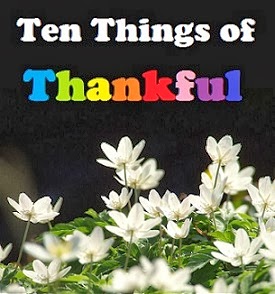